Did the people in your family come to Oregon from Europe? Perhaps your ancestors traveled west from Asia.

Or maybe they were brought to America by force from Africa and then moved west. They might have even traveled north from Central or South America. Alternatively, your ancestors may have been among the very first people who arrived much earlier, long before anyone else. Like the Paleo-Indians who are thought to have crossed the Bering Land Bridge from Asia to North America to what is now Oregon some 13,000 years ago. The lives of these individuals are points on a continuum that has split into three cultural areas. They are the Northwest Coast, the Columbia Plateau, and the Great Basin. Each area has its own traditions and its own way of life. 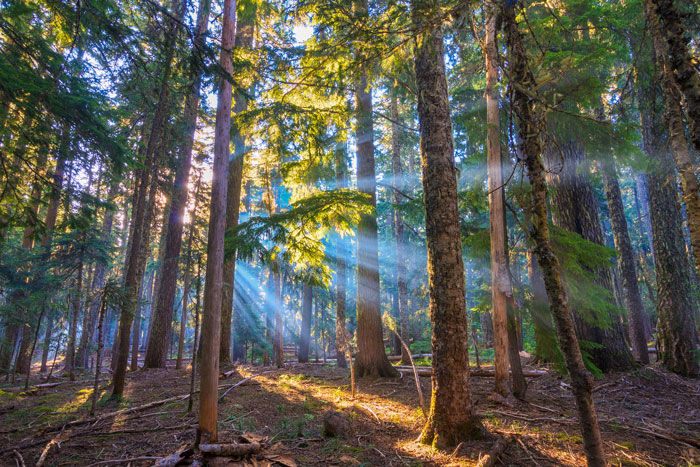 ◀ The Native Americans of the northwest coast of Oregon enjoyed an abundance of “riches” from the land and the water. Fish from the rivers. Seafood from waters along the coast for those who lived there. Roots and berries from the forests. Plus, game, or wild animals, to hunt. The forests provided trees to build canoes and to make frames and coverings for homes. The animals provided materials for clothing.

The plentiful resources left time to create art. Native Americans along the Columbia River created wooden figures. They also made canoes with fancy carvings. Natives Americans closer to the coast traded with others as far away as what is now California and Washington state. The people along the southern coast wove carefully decorated baskets and made carvings from volcanic glass called obsidian.

The Native Americans of the Columbia Plateau moved as the seasons changed, in what are called seasonal rounds. In spring, they stayed near the Columbia River and its tributaries. (Tributaries are streams and small rivers that flow into a larger river.) There, they took advantage of the salmon and other fish. In summer, they traveled to hunting camps high in the mountains. There, they harvested roots and berries and hunted. In winter, they returned to lower land and their permanent villages along the rivers and streams. The movement began again in spring. ▶ 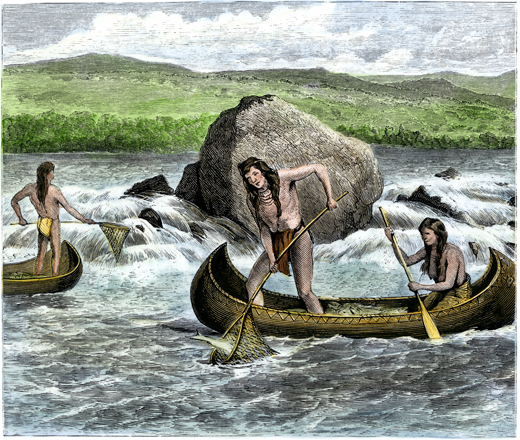 ▲ Celilo Falls on the Columbia River was one of the largest trade centers in the West. The harvest of fish was so great that people came from all directions to trade. Those from the coast traveled by canoe to trade shells, along with mats made from cattails. People from the east brought buffalo meat and hides and grasses for making baskets. People from the south brought obsidian, ready to be carved into spearheads. In 1957, the United States government flooded the area to make way for the Dalles Dam. Only a small group of Native Americans still live near the original falls. 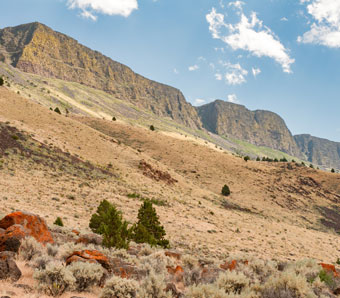 ◀ The Native Americans of the Great Basin bent to the harsh desert climate of the area. To survive, they needed to stay on the move. Their seasonal rounds involved 200 miles of travel. In winter, they settled at low elevations with milder temperatures. There, many used rock shelters as homes. In spring and summer, they moved toward higher land. Along the way, they hunted deer and antelope. They gathered berries, seeds, and roots. They fished. They always followed the food sources. In fall, they returned to lower ground and their winter homes. 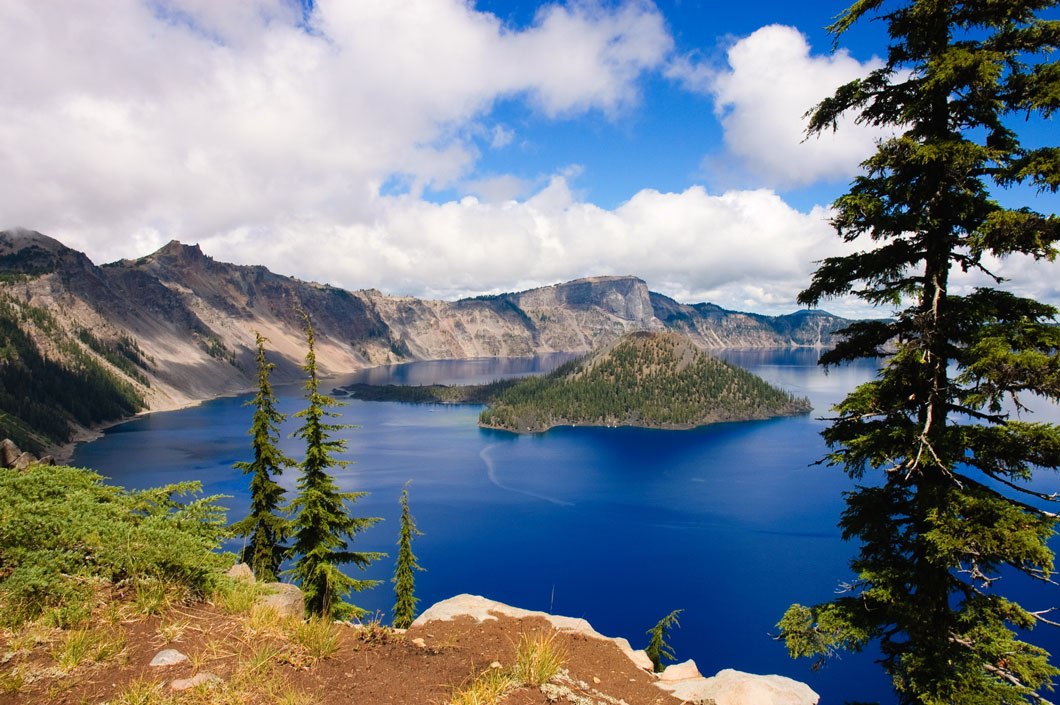 ▲ Like peoples of many cultures, Native Americans handed down stories about their world. Some stories tell about how things came to be. These are called origin stories. The Klamath tribe has an origin story about Crater Lake. In some ways, this ancient story is parallel to what actually happened . . . at least according to evidence scientists have collected.

In the story, there was a problem with Llao, the spirit of the Below-World. The Klamath leader asked Skell, the spirit of the Above-World, for help. The spirits went to war. They threw burning hot rocks from volcanoes at each other. Skell finally drove Llao back to the Below-World. To be sure Llao never returned, Skell collapsed one of the volcanoes to cover Llao. But a dark pit was left behind. Skell wanted the place to be peaceful. So he filled it with sparkling blue water. Today we know that place as Crater Lake.