Every day, with the help of Native Americans, they worked to survive. A generation later, their work paid off as 13 British colonies began to develop on North American soil. Roads connected one village to the next. People learned how to survive through the winter. Trade between the colonies began, and a reliable economy developed. Life was still hard for colonists. But survival was no longer a surprise. Families planted their roots, and a new nation began to sprout. Oregon’s story, which begins near the place where Lewis and Clark’s journey west ended, is very different. 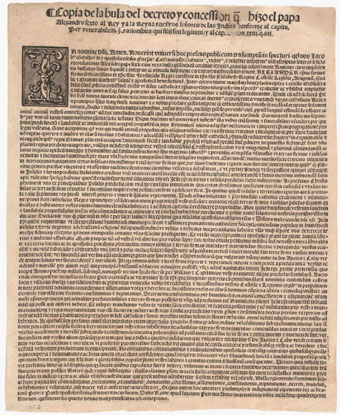 ◀ Much began with the Doctrine of Discovery. This was a policy Pope Alexander VI announced in 1493. The policy explained that it was okay to claim lands occupied by people living there who were not Christians. The idea was to justify the claims of European explorers on the land and water they “discovered.” The idea also supported Christian superiority. The Doctrine of Discovery gave rise to the idea of Manifest Destiny. (According to Manifest Destiny, the United States was destined, or meant, to control all the land from the Atlantic Ocean to the Pacific.)

Here’s what at least one European, a missionary named Gustavus Hines, said about the doctrine, referring to God as Providence.

The hand of Providence is removing them to give place to a people more worthy of this beautiful and fertile country. 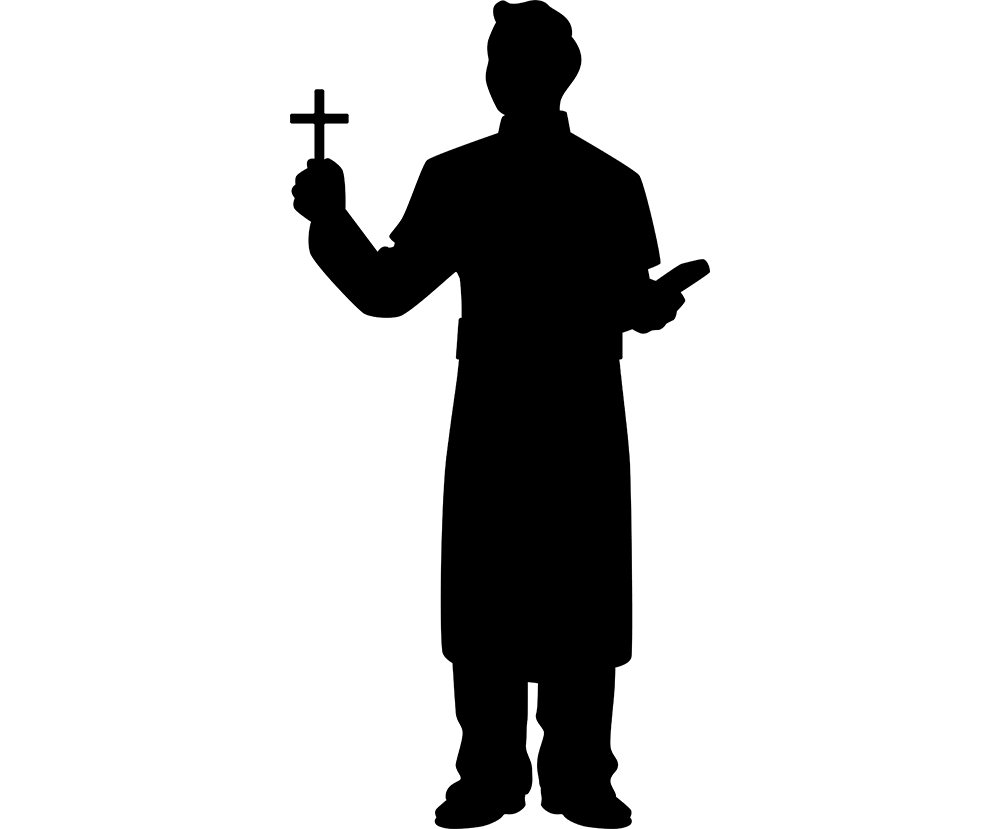 ▲ In 1804, Meriwether Lewis, William Clark, and 43 others set out to explore the land west of the Mississippi River. The Corps of Discovery, as the group was known, kept a journal, or diary, of what they saw and experienced. It included descriptions of the Native Americans they met. While in Oregon, they wrote about the huge variety of plants and animals there. For Americans looking for a better life, Oregon became the place to be. In winter 1805, the corps made camp near what is today Astoria, Oregon. They stayed there until March of 1806 and then began their trip back home. 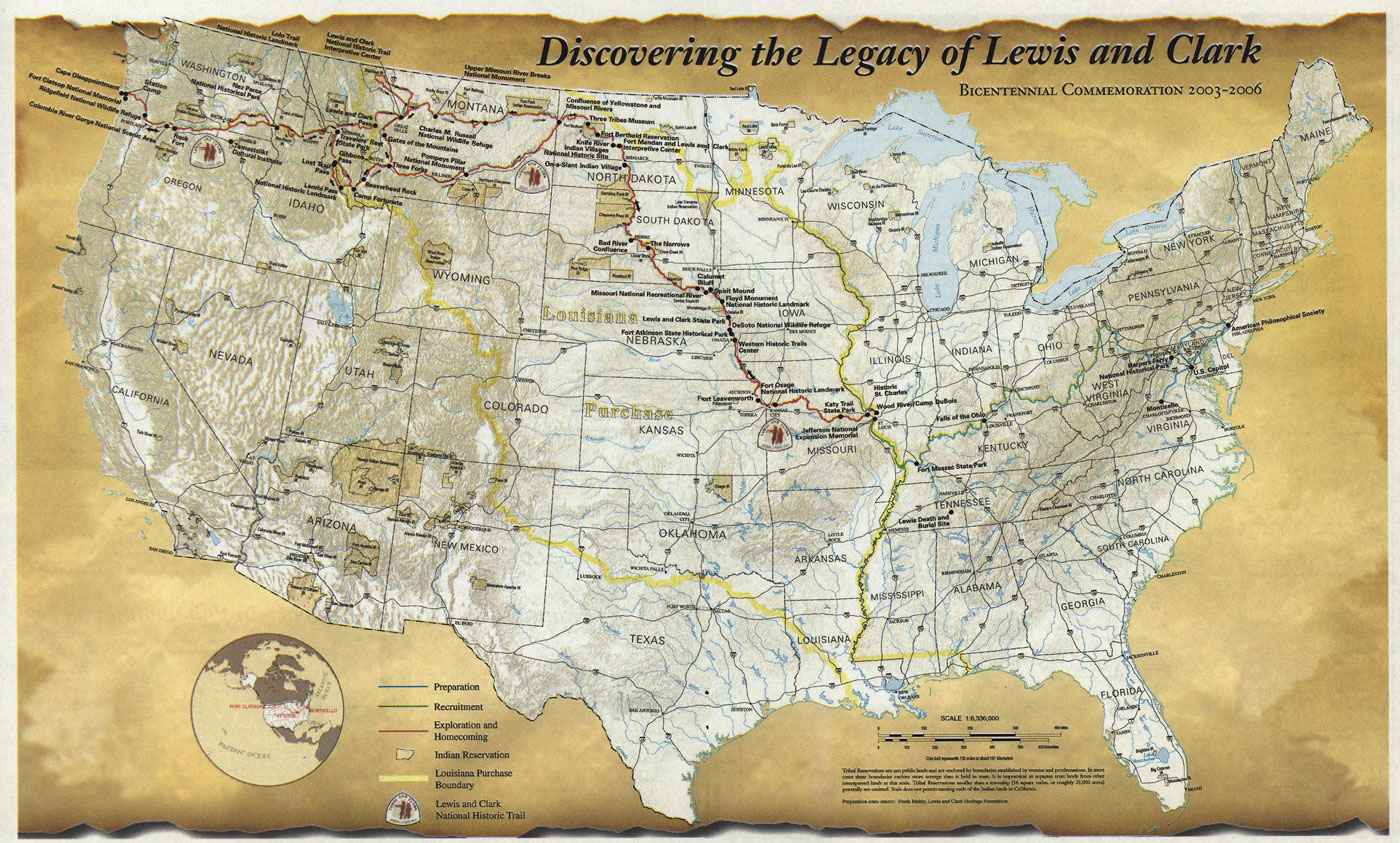 Map of Lewis and Clark’s route

Many members of the Corps of Discovery wrote in the journal. This is what Patrick Gass, the expedition’s carpenter, wrote, on December 22, 1804. It describes a trade between the explorers and Native Americans. ▼ 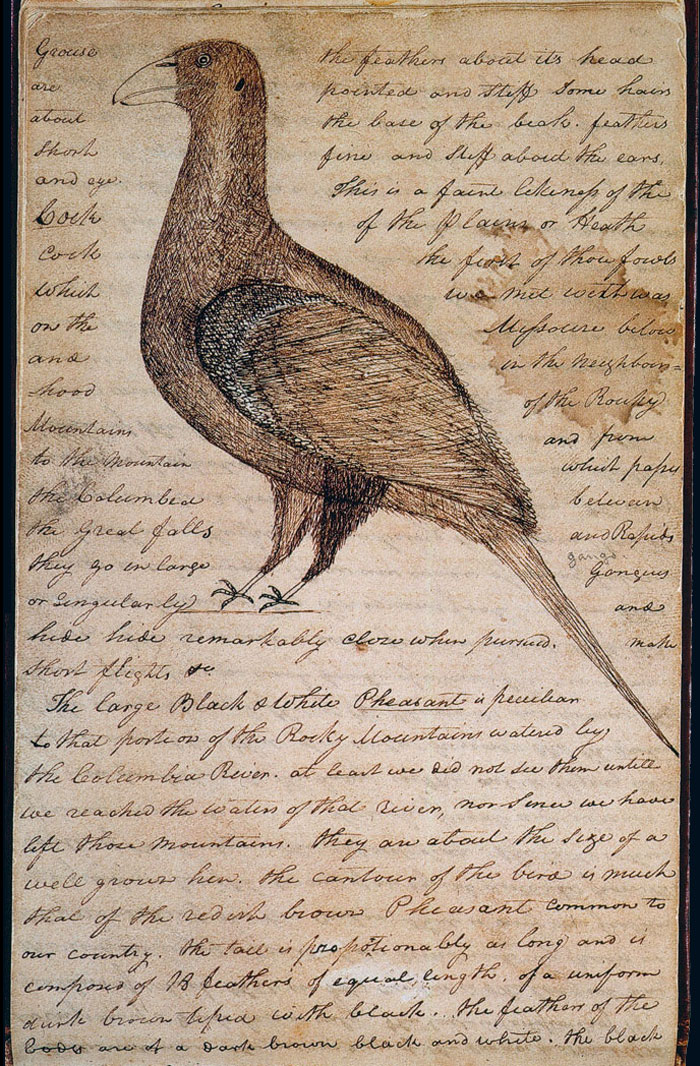 A great number of the natives came with corn, beans and mockasins [moccasins] to trade, for which they would take any thing – old shirts, buttons, awls, knives and the like articles.

When Lewis and Clark reached what is now South Dakota, they hired a trapper. He was to be their
interpreter. His Shoshone wife, Sacagawea, also joined the group. Sacagawea became extremely helpful. For example, her knowledge of the language and her presence with Lewis and Clark helped them buy horses from the Shoshone tribe. The Corps of Discovery needed the horses to carry their supplies over the mountains. Sacagawea also knew the mountain paths. Clark described her as his “pilot.” ▶ 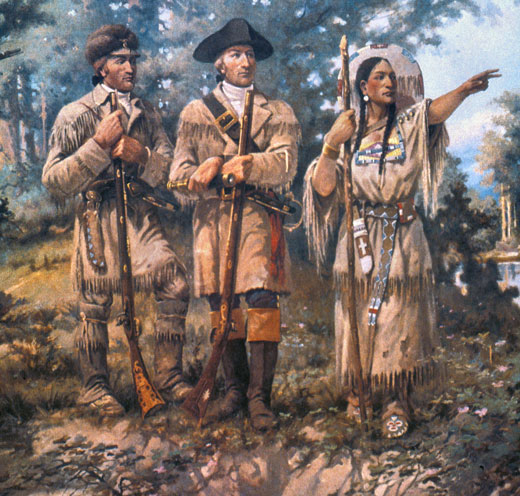 Clark took his enslaved African American, York, on the expedition. In November, the group had to decide where to make their winter home. Lewis and Clark took a vote. York voted along with everyone else. How do you think being together on the journey may have changed Clark’s view of York? 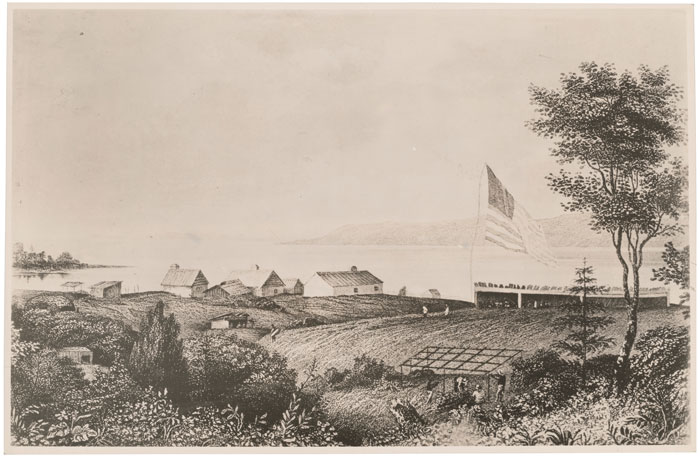 ◀ John Jacob Astor was a businessman in New York City. He dreamed of making big profits selling furs in Europe and China. In 1808, he set up the American Fur Company. Astor had his employees travel to the West Coast, setting up trading posts along the way. In 1810, when they reached the coast, they established the Pacific Fur Company, a trading post at Fort Astoria, Oregon. This was the first permanent U.S. settlement on the West Coast. 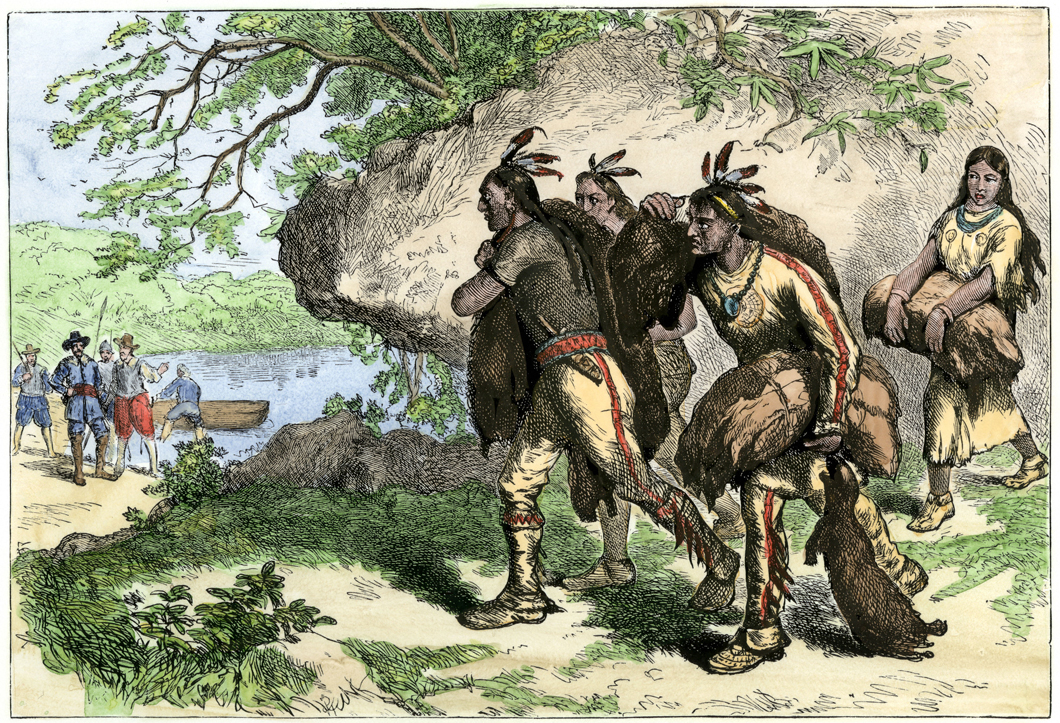 ▲ The fur trade had a huge effect on the lives of Native Americans. Little by little, they started to depend on the blankets, axes, and knives they traded for furs. Plus, the population of game animals was decreasing because so many were being hunted for their fur. So it became harder for Native Americans to survive on what the land provided. That, plus the diseases Native Americans caught from European settlers, led to conflict.

The year was 1823. The Supreme Court case was Johnson vs. McIntosh. Each person (Thomas Johnson and William McIntosh) had bought the same piece of land. Johnson had bought the land from Native Americans. McIntosh had bought the land from the federal government. Who really owned it? That was the question. The Supreme Court’s answer was McIntosh. Why? According to the court, Native Americans could not own land. They only had the right to live on it. And only the U.S. could settle arguments over who owned land. Supreme Court Chief Justice John Marshall (right) referred to the Doctrine of Discovery to show how European powers get to own the land they discover. According to Marshall, Native Americans were paid for their lands by being given Christianity. ▶ 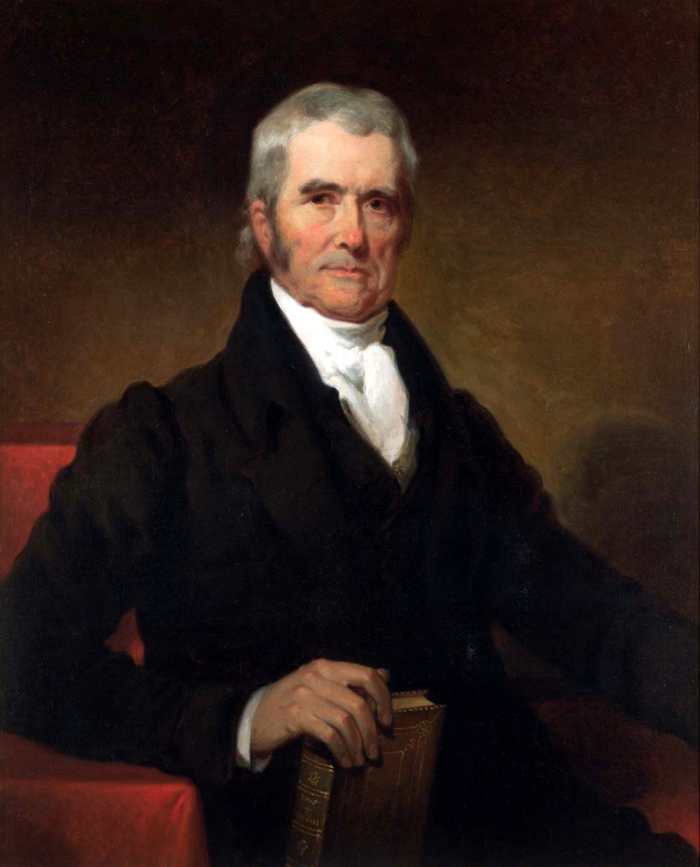 In 1823, the Supreme Court said Native Americans had no right to own land. Reflect on what this says about the view Americans had of Native Americans. How might this attitude have made it possible for Americans to commit acts of genocide against Native Americans? (According to the United Nations, genocides are acts – including killing – done to destroy a national, ethnic, racial, or religious group.) 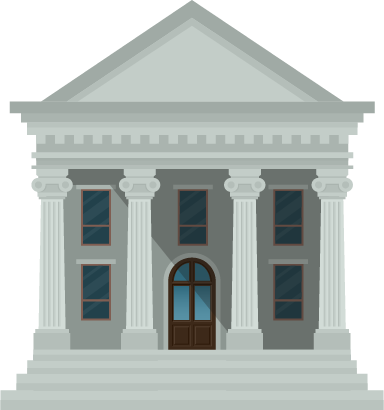 Imagine this. It’s the early 1800s. You’ve read and heard about rich farmlands in the West. You’ve thought about a fresh start. But all of it lies 2,000 miles away, in Oregon City. The only way there is the Oregon Trail. Between 1840 and 1860, over 300,000 people packed their things into covered wagons and followed the Oregon Trail to make their dreams come true. The trip could take up to six months. Many settled in the Willamette Valley. There, they claimed the land of Native Americans as their own simply by squatting, or living, on it. An early settler described the land.

The land itself cannot be excelled anywhere in the world in fertility and productivity, for everything one plants grows luxuriantly and abundantly.

Leave-no-trace camping is outdoor camping that leaves the campsite just as the campers found it. The settlers on the Oregon Trail did not practice leave-no-trace camping. They cut down trees for firewood. They left behind burned-out campsites. They hunted almost all the buffalo. They let their cows graze on prairie grass heavily enough to cause erosion. All this reduced the food and fuel available to Native Americans. Starvation was common. Perhaps it’s not surprising that hard feelings developed between settlers and Native Americans. ▶ 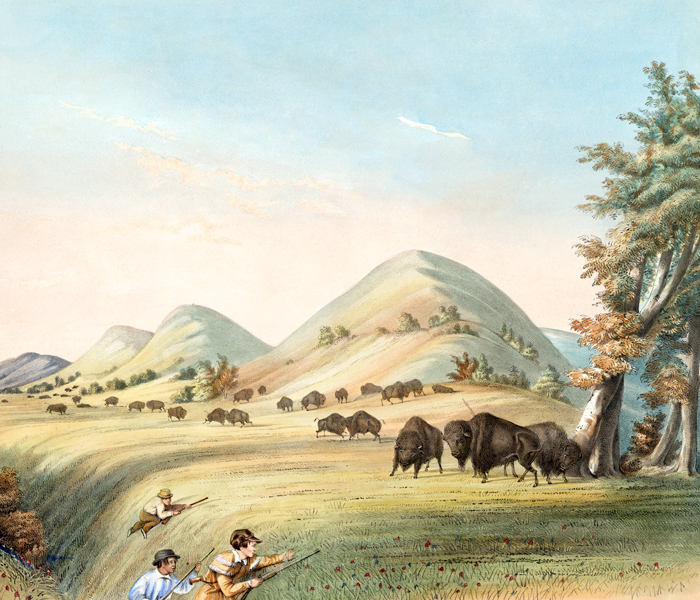 ▲ It was called the Whitman Massacre. Dr. Marcus Whitman and his wife, Narcissa, were missionaries. They wanted to convert the Cayuse tribe to Christianity and farming. But the Cayuse were not interested. Over time, the Whitmans started paying more attention to new settlers than to the Cayuse. Add to that a measles epidemic. About half the Cayuse population died of measles within two months. The Cayuse believed the Whitmans were poisoning them to make space for more settlers. They wanted revenge. And on November 29, 1847, they took it by killing the Whitmans. The Whitman Massacre was the start of an eight-year war that spread throughout the area. The Cayuse were defeated in 1855 and forcibly moved to a reservation with other Native Americans.

The Doctrine of Discovery explained that it was okay to take land from people who were not Christian.