If you ask most people about the weather in their area, they’d probably say this. “If you don’t like the weather, wait a minute. It’ll change.”

Marylanders could say almost the same thing about the geography of their state. Imagine you’re in a hot-air balloon high above the ground. Look to the east, and you’ll see a jagged coast and low-lying plains. This is the Atlantic Coastal Plain. Look to the west, and you’ll see the Piedmont Plateau. This is a high area made up of rolling hills, the foothills of the Appalachian Mountain range. Look farther west, and you’ll discover the Blue Ridge Mountains, which define the Appalachian Highlands. Each region has its own beauty. Each has its own story. 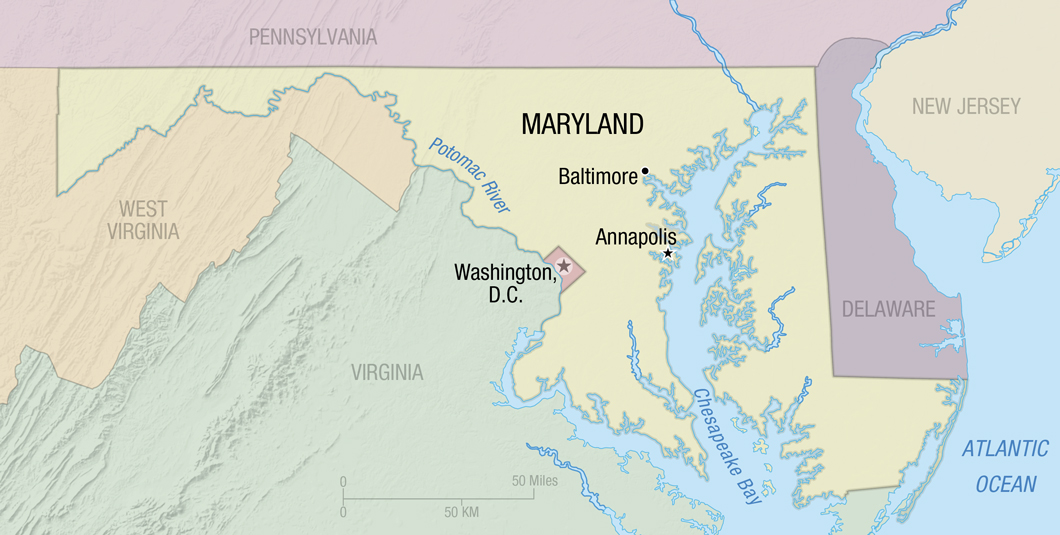 ▲ Millions of years ago, a huge meteor fell toward earth at 70,000 miles an hour. When it crashed, millions of tons of rock were thrown into the air, and a huge crater was formed. Over time, the crater filled with water and became the Chesapeake Bay and the rivers connected to it. The Chesapeake Bay is the main geographic feature of the Atlantic Coastal Plain. (A plain is a large area of low, flat land.) Major rivers, such as the Potomac and the Susquehanna, empty into the bay. Along the coast are beaches and salt marshes. Stretching west are wetlands and fertile farmland.

If you’re a fossil hunter, you might like Calvert Cliffs, on the western side of Chesapeake Bay. The cliffs formed over a period of 10 to 20 million years ago. At that time, the area was covered by a warm sea. Little by little, the sea drew back and uncovered the cliffs. Almost as proof of its history, today you can find the remains of prehistoric animals there – sharks, seabirds, whales, and more. ▶ 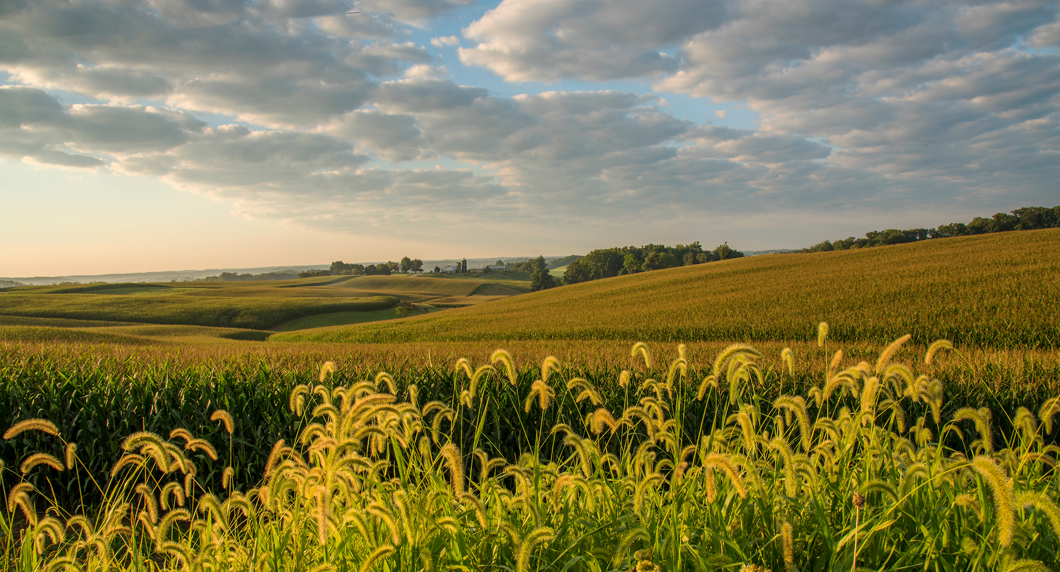 ▲ Traveling west on the flat coastal plain, you’ll arrive at a fall line. This is the place where the coastal plain meets the Piedmont Plateau. And where rivers become waterfalls flowing over great drops of land. The name, Piedmont Plateau, describes this region well. A piedmont is gently sloping land that leads from the base of a mountain to an area of flat land. A plateau is high, flat or gently rolling land. The rich farmland of the Piedmont Plateau is well suited for growing corn, wheat, and hay.

▲ Many will say that the Great Falls is the most dramatic feature in the region. It is located on the fall line of the Potomac River at a place where the river drops 76 feet. (Seventy-six feet is like a seven-story building.) The drop takes place in a series of rocky steps over about two-thirds of a mile. If you’re measuring waterfalls by volume of water, this is one of the largest in the U.S.

If you’re a mountain climber, you may want to know about the Appalachian Mountains region. This rugged area takes up most of western Maryland. The Blue Ridge Mountains run northeast through central Maryland. They include national parks you may know – the Shenandoah National Park in Virginia and the Great Smokey National Park, which straddles the border between North Carolina and Tennessee. Backbone Mountain, in the central part of the Appalachian range, is the highest peak in the state. It’s 3,360 feet.

Do you like to hike? If the answer is yes, you may already know about the Appalachian Trail. This is the longest hiking path in the world. The 2,193-mile trail runs from Maine to Georgia. Almost 40 miles of it are in Maryland. The “Maryland Challenge,” as it is known to many hikers, is to hike the entire Maryland trail in a single day. But that means you may not have time to stop at the 10 or so historic sites from the Civil War along the way. ▶ 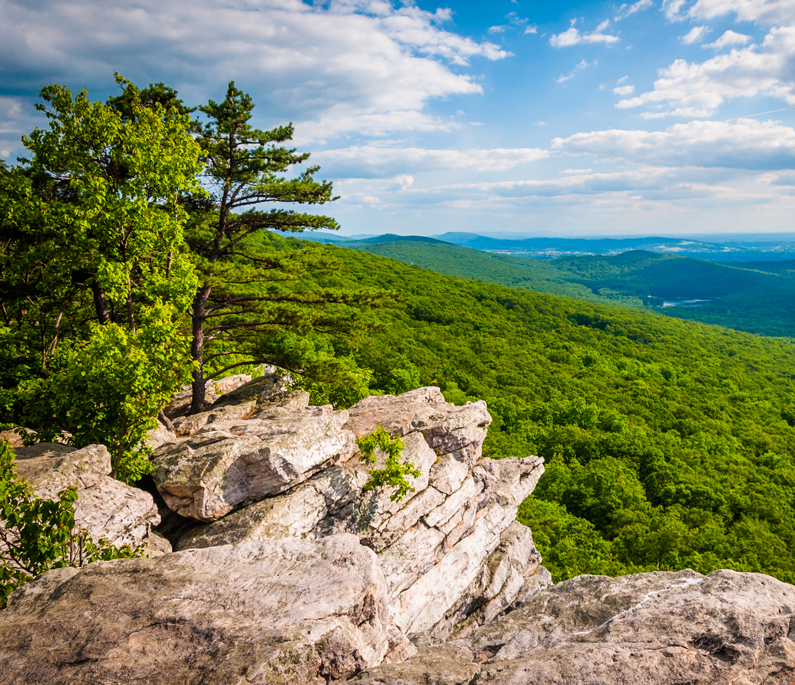