Highlights of Maryland in the 19th Century

The 19th century had begun, full of promise for a nation in its infancy.

But only 12 years into the new century, the United States again found itself at war with Britain. This was the War of 1812. And less than 50 years later, in 1861, the country once more found itself at war, but this time the war was internal, a civil war. The Civil War lasted four torturous years. In 1865, victory for the Union kept the country together. After the war, reconstruction, a painful healing process, began. Throughout the 1800s, the United States grew as people moved west by land and by water. Toward the end of the century, immigrants from all over the world were arriving. 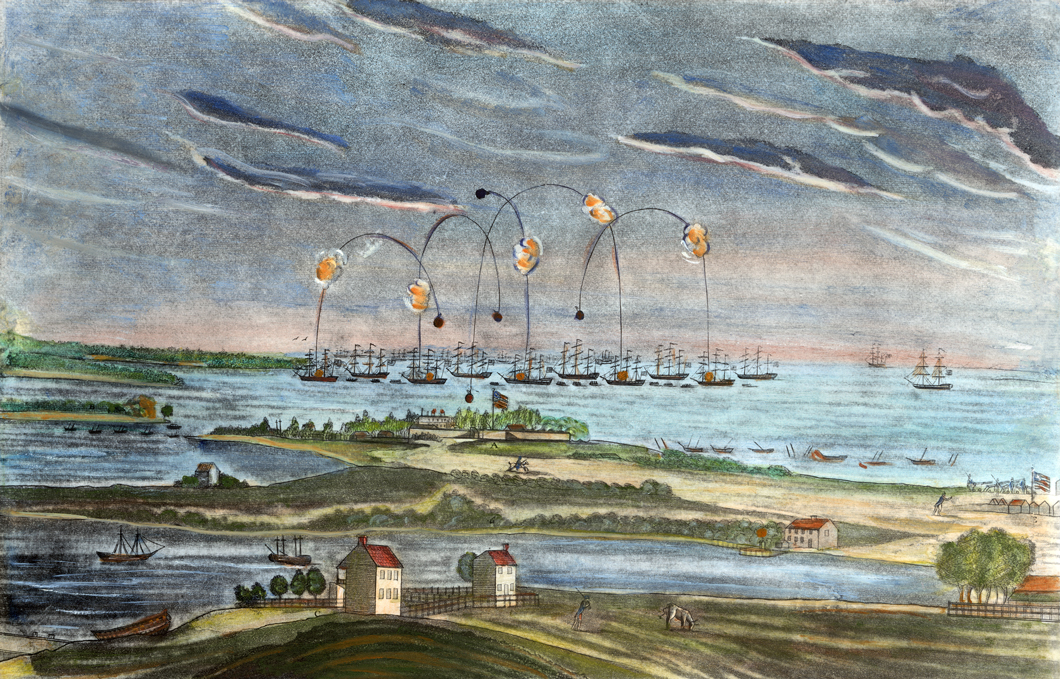 ▲ The year was 1814. The Americans had already been at war with Britain for two years. It was almost as if they were fighting the Revolutionary War all over again. Many battles were taking place near the Great Lakes, but on September 13, the fighting arrived in Maryland – at Fort McHenry on the Chesapeake Bay. For almost 24 hours, the British fired on the fort, but the Americans would not give up. Before it was all over, the British pulled back, and the Americans raised a flag in victory.

Francis Scott Key, a Maryland lawyer, watched the battle from a distance. The courage and grit of the American soldiers inspired him to write a poem. He called it “The Defence of Fort M’Henry.” The poem was published in the Baltimore Patriot, a local newspaper. Later, the poem was set to a melody and renamed “The Star-Spangled Banner.” Sound familiar? ▶ 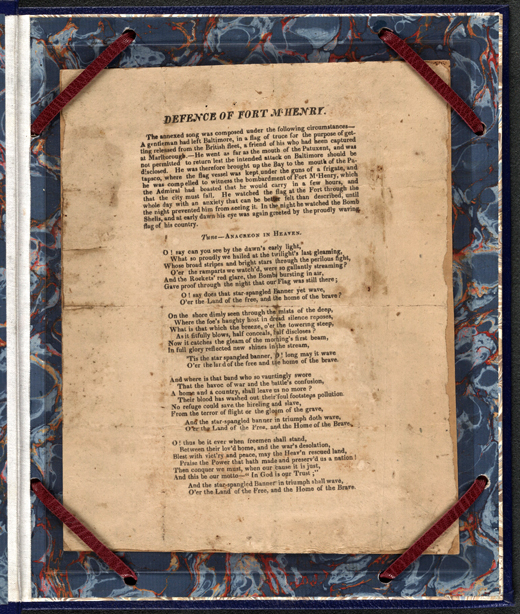 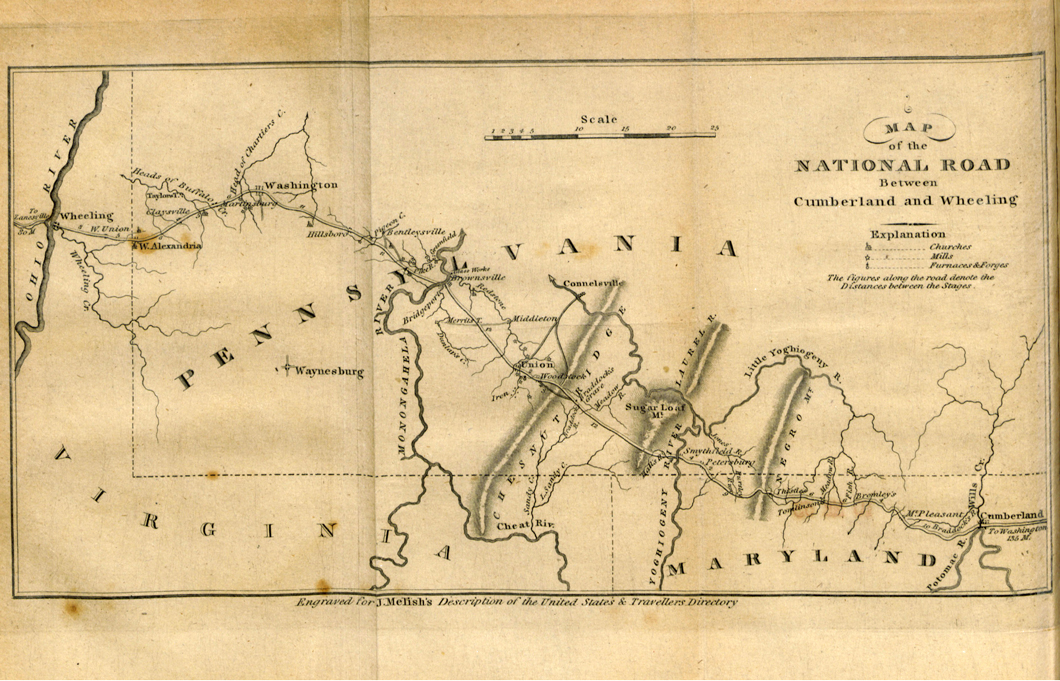 ▲ If the country was going to grow, better roads were needed – smooth roads, wide roads, roads that didn’t become mud puddles on a rainy day. The U.S. government was building the National Road from Cumberland, Maryland, to points west. Soon, Maryland companies were building state roads. Turnpikes, they called them. People who used these roads paid a toll. By the 1820s, turnpikes linked Baltimore to Cumberland and to Washington, D.C. And that was just the beginning. What did it all mean? Marylanders were buying and selling their products in more and more places.

▲ Turnpikes weren’t the only things being built. In 1828, a group of business leaders from Baltimore got work started on a railroad. They called it the Baltimore and Ohio Railroad, or B&O for short. It ran from Baltimore through Cumberland and beyond. On steam-powered trains, oysters from Chesapeake Bay could arrive fresh in the West. Everything moved faster. And Maryland’s economy grew.

The first stone of the B&O railroad was laid on July 4, 1828. Why do you think July 4  might have been chosen as the start date?

In some ways, Maryland was two different states in the mid-1800s, or at least had two different economies. Northern and western Maryland were industrial. That means the economy there was based on manufacturing – shipbuilding and factories. Workers were paid employees. Southern and eastern Maryland depended on farming, mostly cotton and tobacco. Workers were enslaved people. They were not paid wages. These differences within the state would put Maryland in an unusual situation in the coming years. ▶ 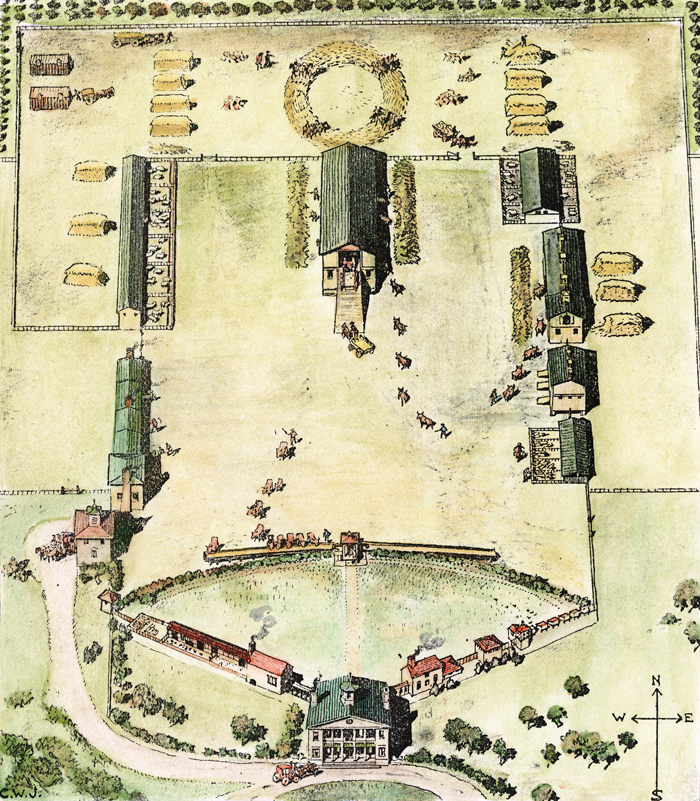 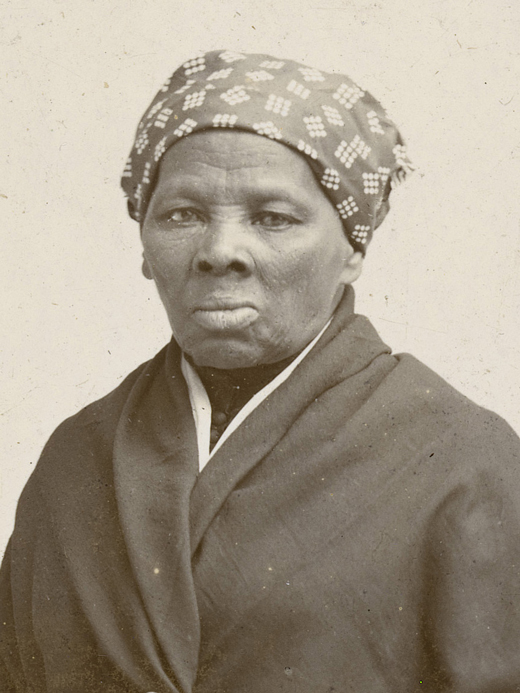 Harriet Tubman had been an enslaved woman in Dorchester County, Maryland. . . until she wasn’t. In 1849, she escaped from the Maryland plantation where she was forced to live and work. With the help of the Underground Railroad, she traveled 90 miles to freedom in Pennsylvania. (The Underground Railroad was a huge network of people offering safe houses and help to enslaved African Americans as they escaped to freedom.) Tubman spent much of the rest of her life helping others escape and working as a spy for the Union. 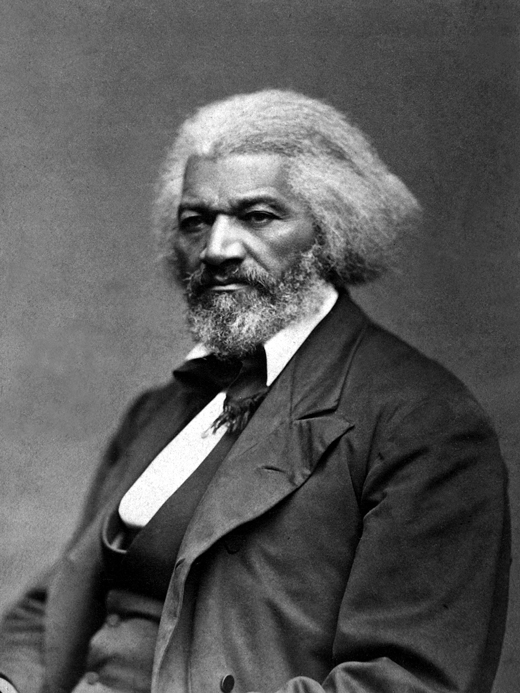 Frederick Douglass (born Frederick Augustus Washington Bailey) was born into slavery in Talbot County, Maryland. Douglass made his escape in 1838. (Shortly after that, he changed his name to avoid capture.) Traveling by train through Maryland and Delaware, also a slave state, he arrived in Philadelphia. From there, he took a train to New York, where he was able to find a safe house. He later moved to New Bedford, Massachusetts, where he began speaking out as an abolitionist. (An abolitionist is someone who is against something, in this case slavery.) He also wrote three books about his experiences. In one of them, he observed, “Thus is slavery the enemy of both the slave and the slaveholder.” 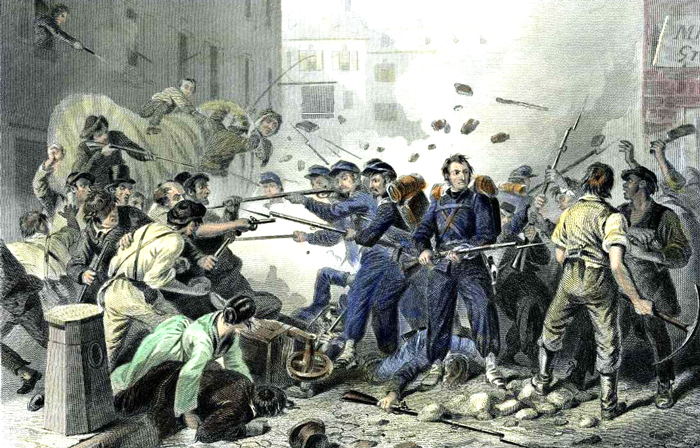 ▲ The Civil War had begun, and Maryland was caught in the middle. In April 1861, soldiers from the Union (North) were traveling through Maryland. They needed to switch trains in Baltimore. But people loyal to the Confederacy (the South) wouldn’t have it. They shouted. They threw stones. They fired shots. They did everything they could to stop the soldiers. In the end, they were not successful, and the soldiers boarded the train. The riot, however, set Maryland up for choosing to be a border state. That meant it stayed in the Union but continued to allow slavery. Slavery continued in Maryland until 1864. That’s the year a new state constitution outlawing slavery was written. 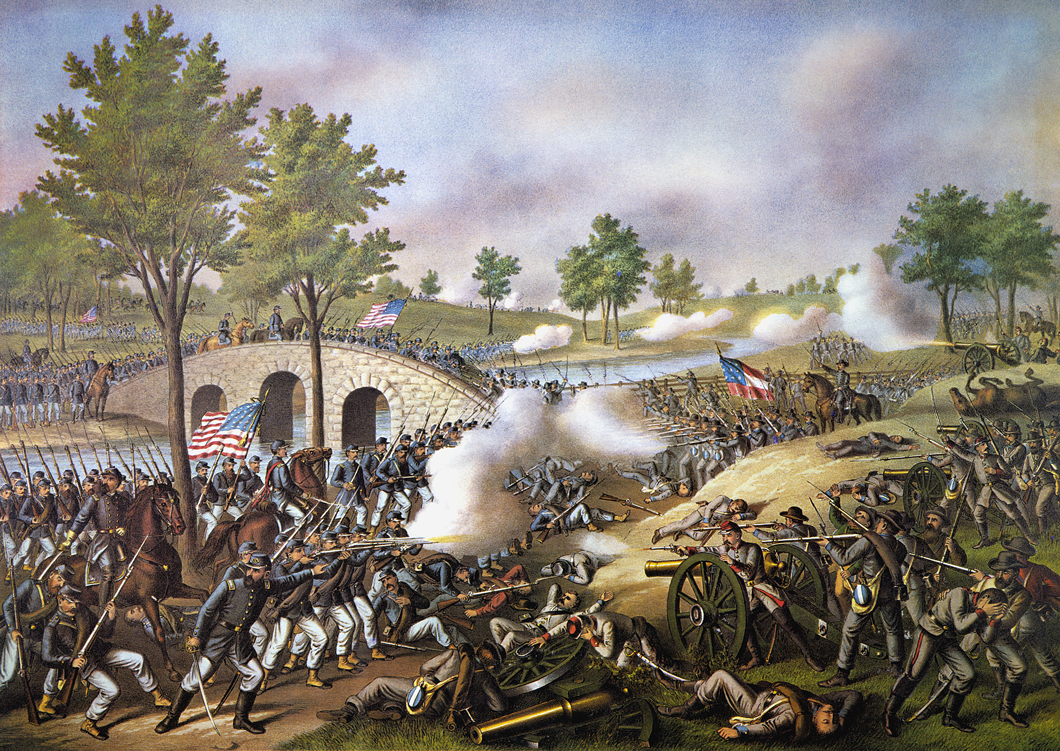 ▲ The Battle of Antietam took place on September 17, 1862, near Sharpsburg, Maryland. It was led by the famous generals Robert E. Lee (for the Confederacy) and George McClellan (for the Union). The battle was long and bloody. President Lincoln claimed it a victory for the Union. But many historians consider it a tie. Charles Goddard, a Union soldier, wrote this about the battle: “If the horrors of war cannot be seen on this battlefield, they can’t be seen anywhere.”

Following the Civil War was a period known as Reconstruction. The purpose of Reconstruction was to bring southern states back into the Union. Andrew Johnson became president after Lincoln’s death. A supporter of states’ rights, he was very lenient toward the southern states. Johnson allowed states, including Maryland, to pass laws known as Black Codes. The Black Codes limited the rights of freed African Americans. For example, in Maryland, African Americans were not allowed to testify against white people in court. Plus, they were required to have jobs. If they didn’t have a job, they could be arrested. But jobs were scarce. The Black Codes were dropped in 1866, when congress passed the 14th Amendment. This amendment states that all African Americans born in the United States are citizens. And it guarantees all citizens “equal protection under the law.” ▶ 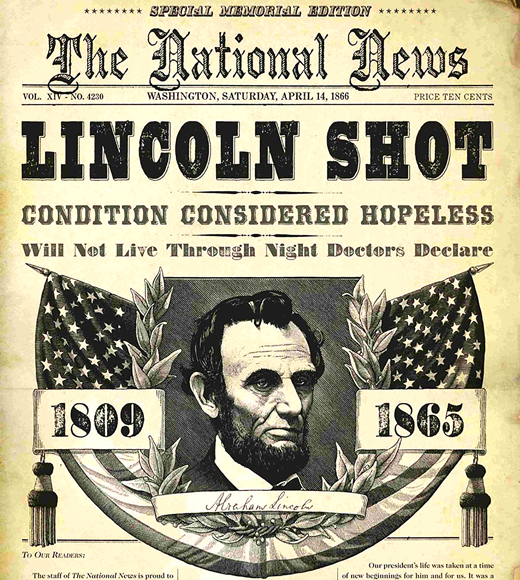 The Black Codes didn’t allow African Americans to gather in big groups. And they were not allowed to travel wherever they wanted. Reflect on the effect the Black Codes may have had on formerly enslaved people. Is there anything like that today, even though the codes are no longer “on the books”? 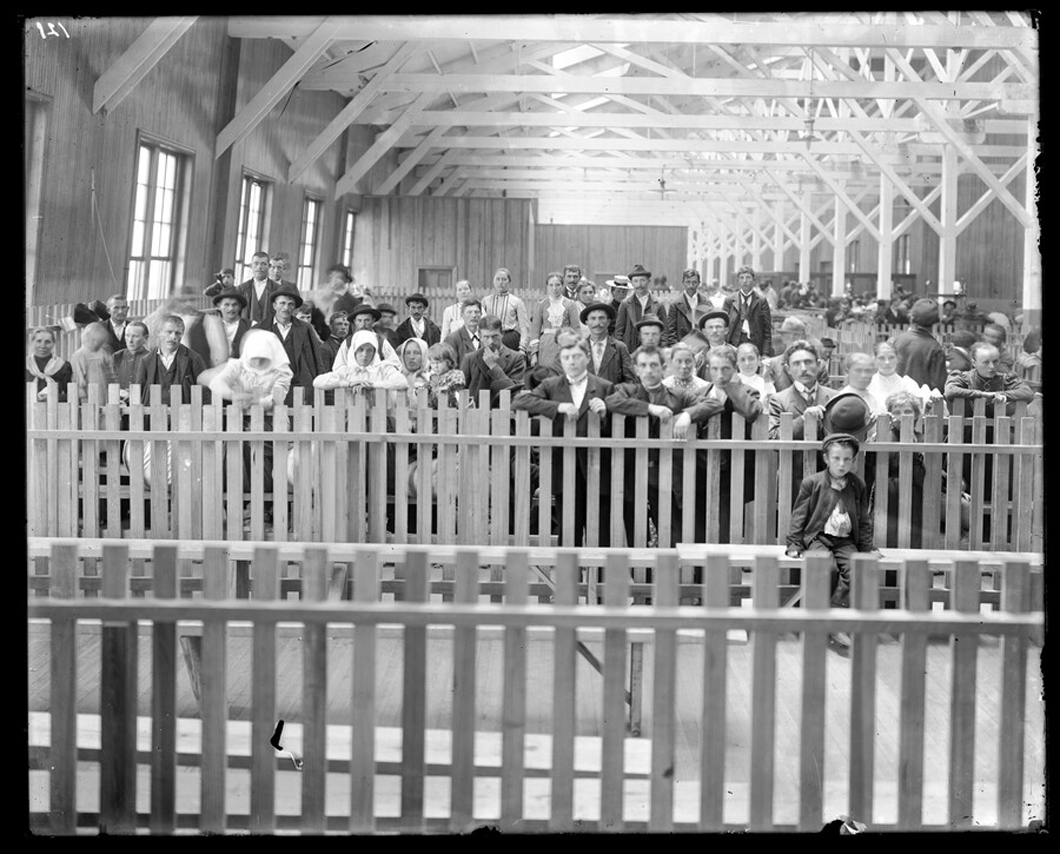 ▲ If you were coming to the U.S. in the late 1800s, you might have first landed at Locust Point, in Baltimore. The pier began operation in 1868 and grew to be one of the country’s busiest immigration centers. In the first 10 years, more than 100,000 immigrants entered through Locust Point. By the time Locust Point closed at the start of World War I, more than 10 times that many had passed through.

Highlights of Maryland in the 20th Century