That was true for Curtis Mayfield as well. He was a one-of-a-kind type of person. His voice. His vision. His life decisions. Even the way he tuned his guitar. Mayfield stood out among his peers throughout his life and for all time. 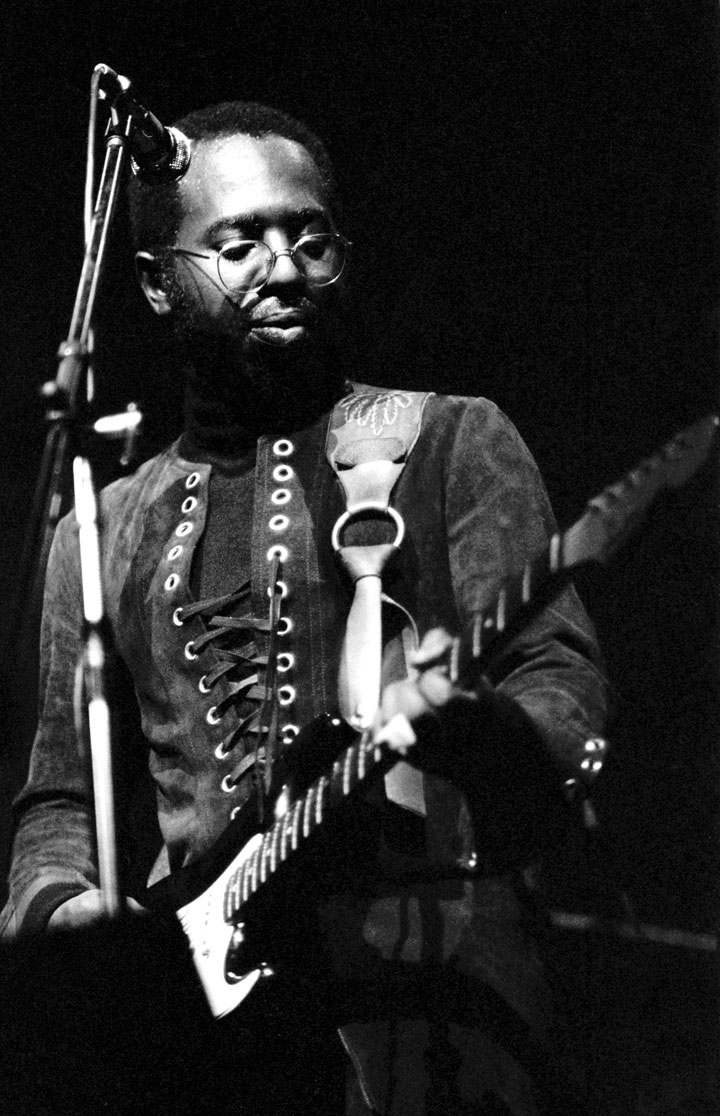 ◀ The guitar in this photo looks pretty much like any guitar you’d find in a store or on stage at a concert. And if it belonged to anyone other than Curtis Mayfield, it might be. But if it were Mayfield’s guitar, it would be unique. It would have a sound all its own. Here’s why. When Mayfield played boogie-woogie (a kind of blues) on the piano, he used only the black keys. When he tuned his guitar, he tuned it to the sounds of the black keys. No one else had ever done that. And no one else’s guitar sounded just like Mayfield’s. 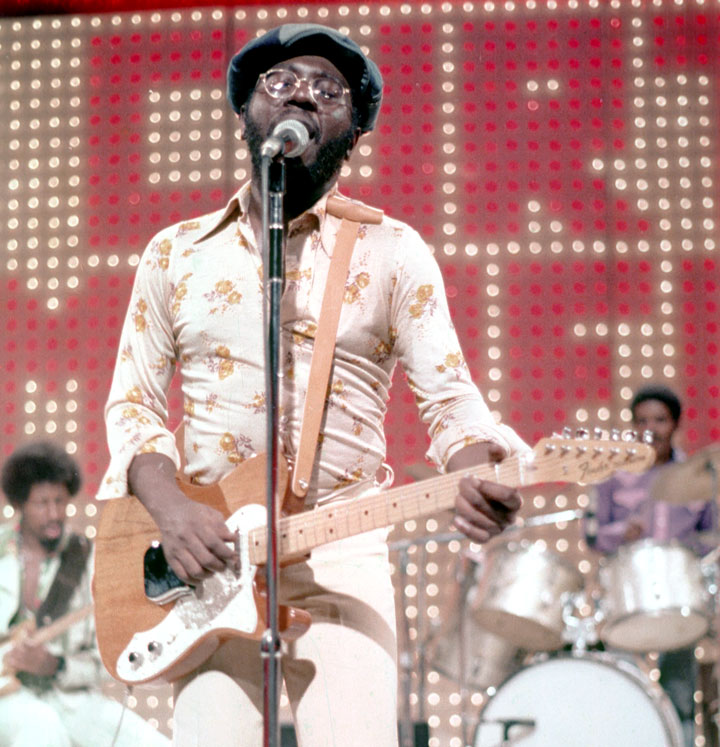 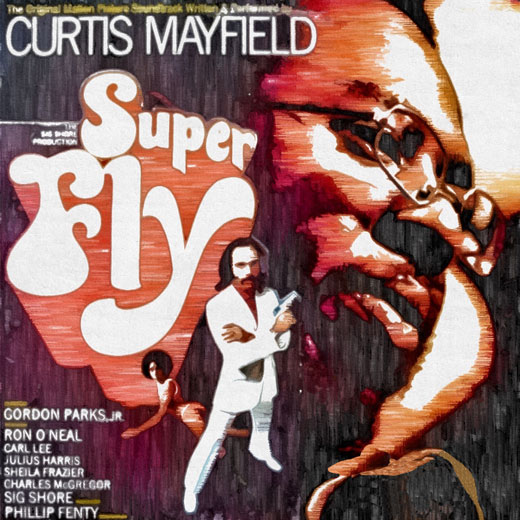 ◀ Super Fly is a 1972 movie about a drug dealer trying to go straight. There’s violence in the movie. There are drug deals. There’s betrayal. And there is music – Curtis Mayfield’s music. Mayfield wrote the soundtrack to Super Fly (and other films) as only Mayfield could. No blaring sound to mimic the harsh world of the streets. No lyrics glorifying street life. Mayfield’s soul funk melodies were uplifting. His lyrics focused on the problems in poor Black communities of the time. In effect, they were a comment on what was taking place in the film. The words to “Eddie You Should Know Better” are an example. Three songs from the movie were nominated for Grammy Awards. It’s no wonder the soundtrack to Super Fly outsold the film.

EDDIE YOU SHOULD KNOW BETTER

Eddie, you should know better

Brother, you know you’re wrong
Think of the tears and fears
You bring to your folks back home
They’d say, “Where did he go wrong, my Lord?”
We planned and worked hard
From the very start
Tried to make him better
Than all the rest
But the brother proved to be
So much less

◀ Artists have several ways of showing respect for one another. Sampling is one way. Doing remixes and covers are others. When one songwriter samples the music of another, she or he uses a snippet from a song, changes it, and uses it in a new song. Remixing creates a different version of a song. This can be done by changing the balance of different instruments, adding new instruments, changing the voices, or any combination of these. A cover is a new performance of a song by someone who is not the original artist. Curtis Mayfield’s music has been sampled, remixed, and covered many times. Over 100 artists have covered “People Get Ready,” which Mayfield wrote and released with the Impressions in 1965. 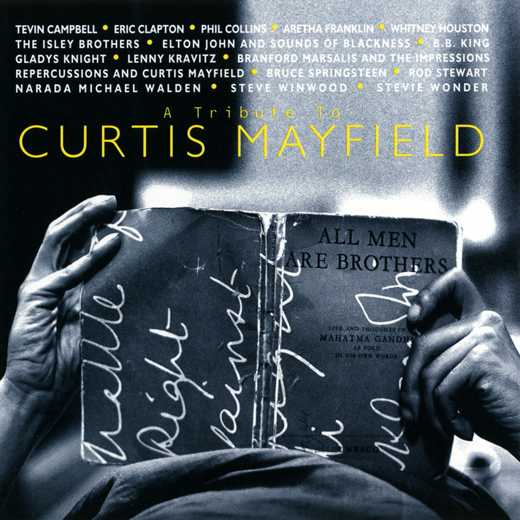 ◀ Four years after Mayfield’s accident, Warner Brothers Records released All Men Are Brothers: A Tribute to Curtis Mayfield. The album included covers of classic Mayfield songs by Gladys Knight, Bruce Springsteen, Aretha Franklin, and other high-profile artists. It also included a track sung by Mayfield himself. The song Mayfield sang was “Let’s Do It Again.” To record it, Mayfield lay on his back so his lungs could fill with the air he needed to sing. One line at a time, he made it happen. “He was just as good as ever,” said Gary Katz, the producer of one of the songs on the album. This was Mayfield’s first performance since the accident. But it wouldn’t be his last. Of the album, Mayfield said the following.

Sometimes I play the album two or three times a day. It’s overwhelming when I think of all these folks coming together. 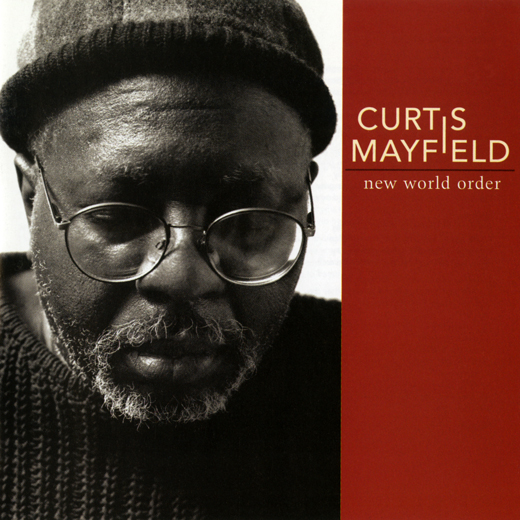 ◀ Contributing to the tribute album was a huge inspiration for Mayfield. He saw that his recording days were not yet over. In an interview, Mayfield commented that lyrics and melodies had never stopped running through his mind. He now knew he could bring them to life. In 1996, he released New World Order, his 22nd solo album of brand-new work. He recorded each song one line at a time, lying on the floor of the music studio. It was a slow, careful process. But it worked. His voice and the emotional power it carried were unchanged. When the album was released, Mayfield had this to say.

How many 54-year-old quadriplegics are putting albums out? You just have to deal with what you got, try to sustain yourself as best you can, and look to the things that you can do. 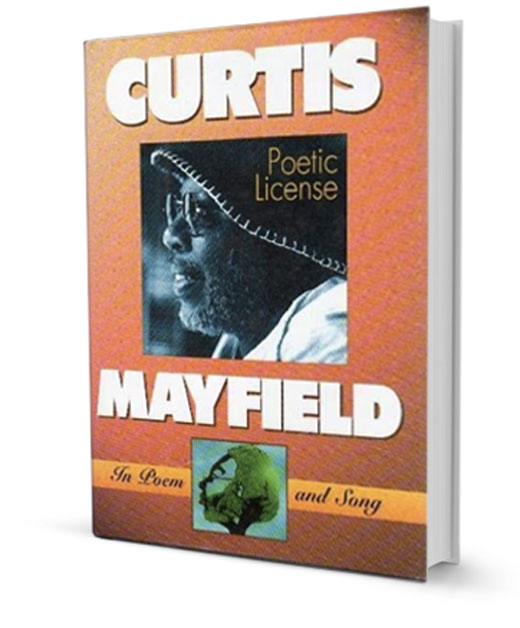 ◀ Altheida, Mayfield’s wife, urged him to create a book of poetry and song lyrics. It was a project just right for the moment. Poetic License: In Poem and Song is a collection of more than 60 poems based on Mayfield’s favorite lyrics. The book was published in 1996, the same year New World Order came out. 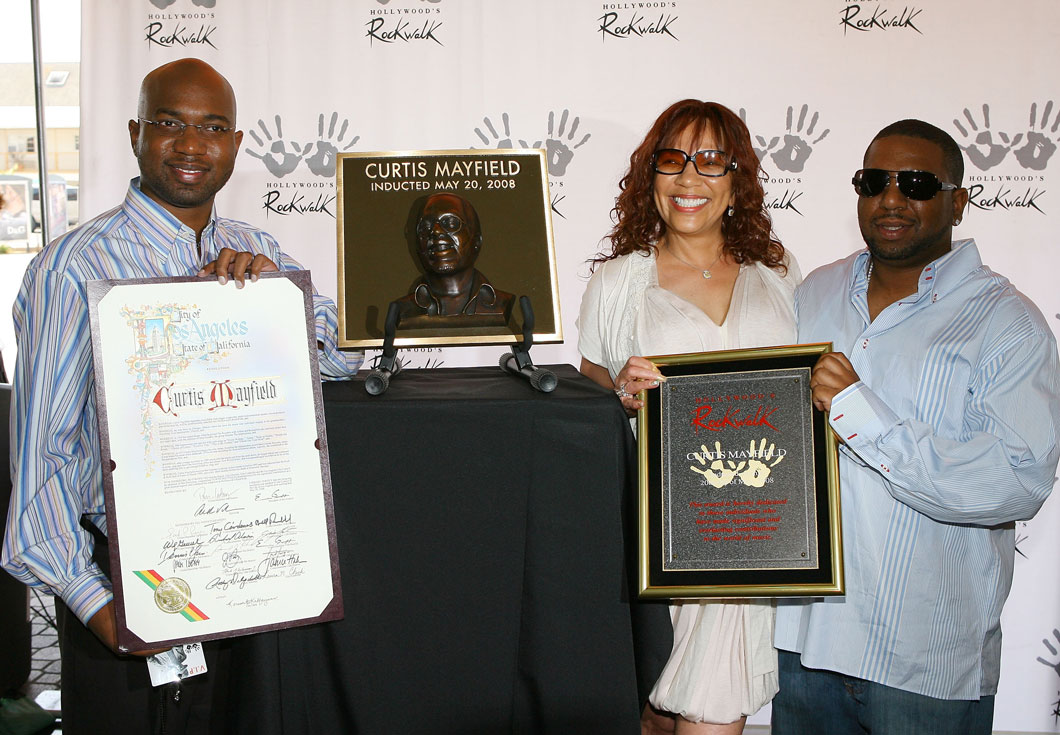 ▲ Rolling Stone magazine recognized Curtis Mayfield as one of the 100 greatest artists of all time. But that was just one of many honors Mayfield received. One song in particular, “People Get Ready,” has been translated into three languages. It was selected for inclusion in the Library of Congress National Recording Registry in 2015. And it was named one of the 24 greatest songs of all time by Rolling Stone.

Here are a few other highlights.

• Inducted into the Songwriters Hall of Fame (1999)

* These awards were given after Mayfield’s death.

Curtis Mayfield tuned his guitar to the sound of the white keys on the piano.

Which word is a performance of a song by someone who is not the original artist?

After his accident, how was Curtis Mayfield able to sing “Let’s Do It Again?”