What Is a Hurricane?

Dark clouds fill the sky. It’s the middle of the day, but it looks like night. The wind howls, and rain hits the ground so hard that holes form in the mud, while tree branches bend and crack.

Even whole trees are uprooted and crash down to the ground. Store windows break. The roofs of buildings sail through the air, while electric wires send out sparks and dangle dangerously from broken utility poles. Signs fly across highways, and the streets are flooded with water. It is no time to be outdoors, that’s for sure. You are in the middle of a hurricane—the largest, fiercest storm nature can bring. Read on to learn more about how these huge storms start, and how can we protect ourselves from them.

Hurricanes begin as groups of thunderstorms that spiral and grow into one giant storm. When the wind hits 74 mph (miles per hour), the storm is called a hurricane. Our word hurricane comes from the Taino Indian word urican. That means “big wind.” The Tainos are native Caribbean people. They believed that Hurakan, an “evil spirit of winds” (pictured), caused fierce storms. ▶ 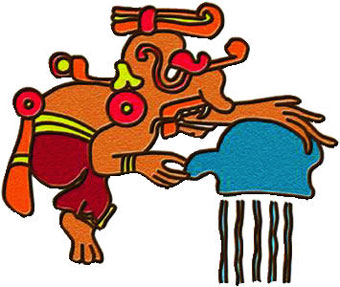 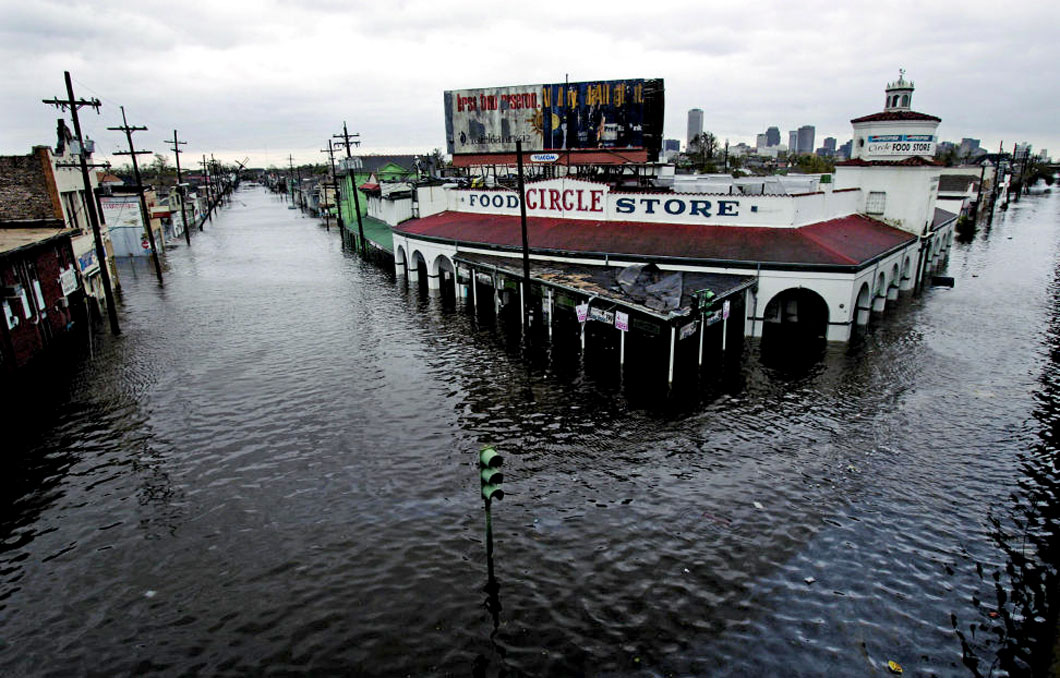 ▲ About a fourth of all hurricanes also create tornadoes. Tornadoes are sometimes called twisters in the U.S. In 1967, Hurricane Beulah came ashore on the southern Texas coast. It produced over 100 tornadoes. Tornadoes can be deadly. However, the greatest cause of damage and death is the storm surge after a hurricane. A storm surge is a sudden rise in sea level, caused by a sudden drop in air pressure. As a hurricane moves over the ocean, the water may rise 10 feet or more above its normal level. Huge waves crash along the coast and move inland. They destroy everything in their path and cause major flooding. In 2005, Hurricane Katrina caused a storm surge of over 25 feet in some areas along the Gulf of Mexico coast. 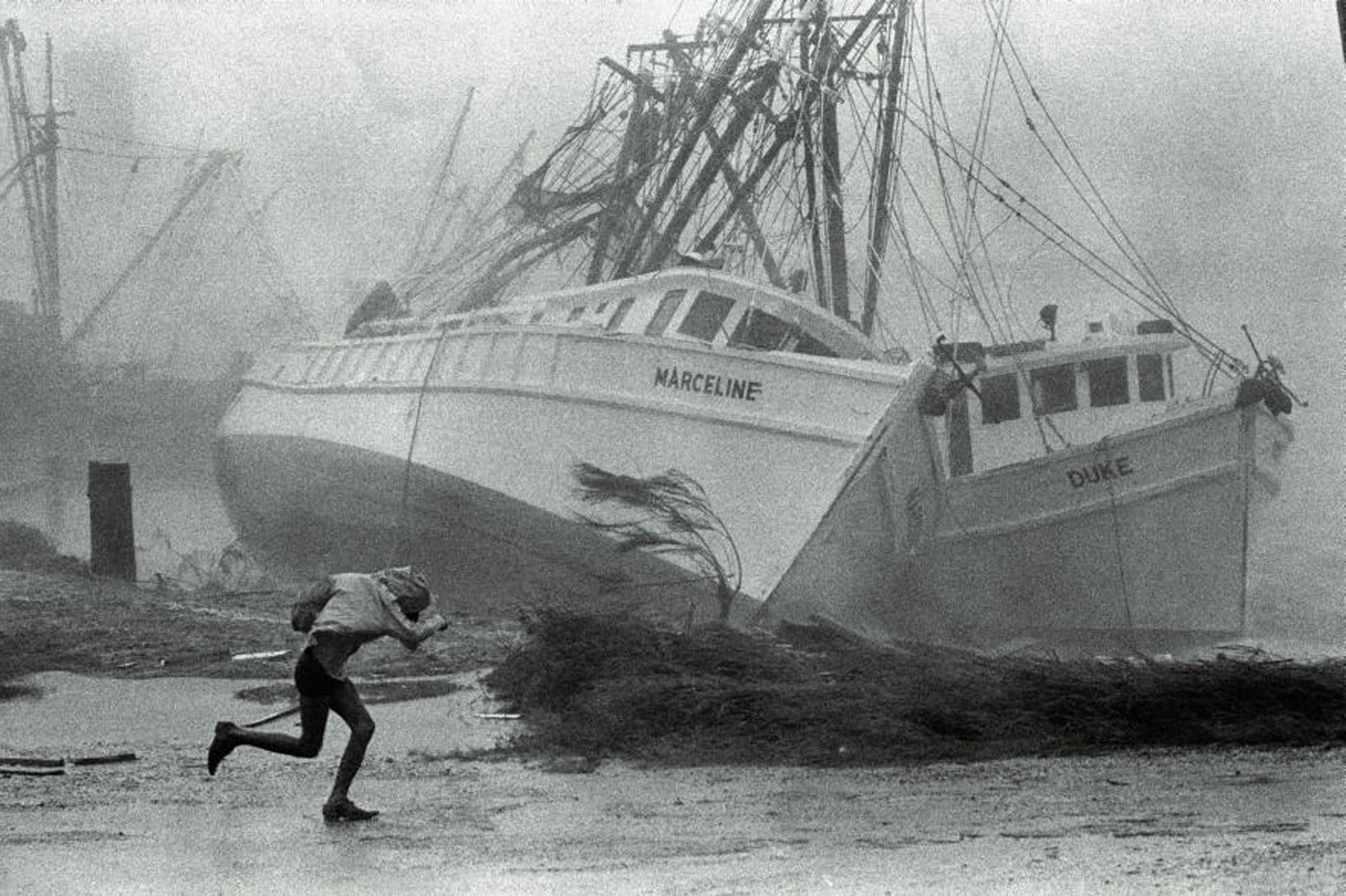 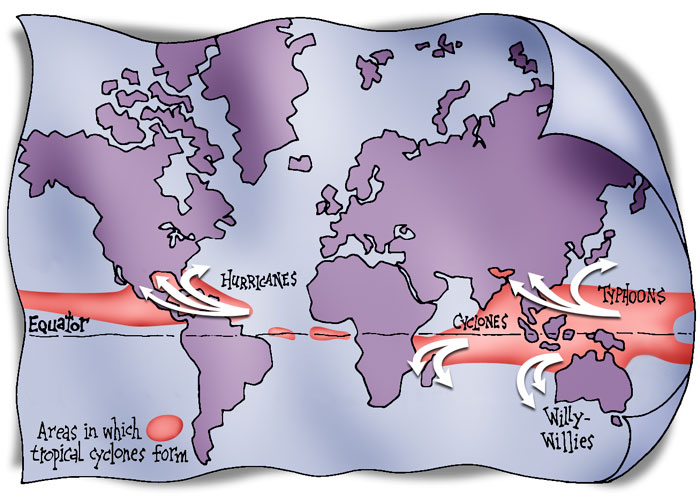 ◀ Nine out of ten of the tropical cyclones that form each year are typhoons. These violent storms happen in places such as Bangladesh, Japan, Indonesia, and the Philippines. Pacific Ocean typhoons are usually stronger than Atlantic Ocean hurricanes. Scientists think that may be because the Pacific is larger. Tropical storms are the beginnings of tropical cyclones. They gather force over warm ocean water. Storms forming over the Pacific Ocean must travel farther over water to reach a continent. That gives them more time to develop.

Next topic in Hurricanes

How a Hurricane Develops