Some nations of the eastern woodlands banded together to form confederacies. The goal of a confederacy is to work together for common interests and fight together against common enemies.

Five of the Iroquois nations had a very special relationship. They were the Mohawk, the Oneida, the Onondaga, the Cayuga, and the Seneca. They lived near one another in what is now New York State. At some point before Europeans arrived in North America, the five nations organized the Iroquois League to promote peace among themselves. Their system of government was so successful that the framers of the U.S. Constitution were inspired by it. Ben Franklin wrote that the new United States could learn a lot about political unity from the Iroquois League.

According to the oral history of the Iroquois, at one time, the five nations had been at constant war with one another. One day, a Huron holy man named Deganawida had a vision in which the five nations were united and at peace with each other. He proclaimed that they must form a government ruled by laws. Deganawida was not a good speaker, so he persuaded Hiawatha, an Onondaga, to spread his message. Finally, all five nations agreed. A council of chiefs met and established the laws and customs, and that’s how the Iroquois League was formed. 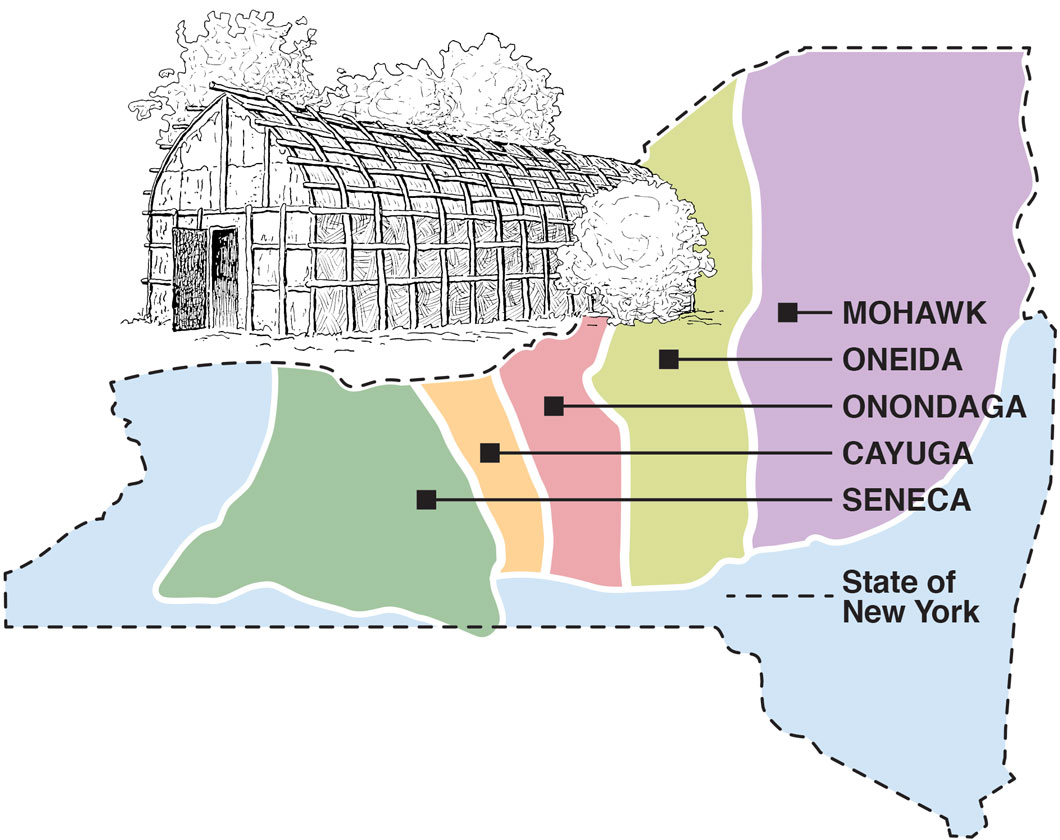 ▲ The Iroquois referred to themselves as the Haudenosaunee, or “people building a longhouse.” They thought of the Iroquois League as a symbolic longhouse. In a way, it was a political home for the five nations. This gigantic longhouse was about 240 miles long, running from what is now Albany, New York, to Buffalo, New York, through five council fires. 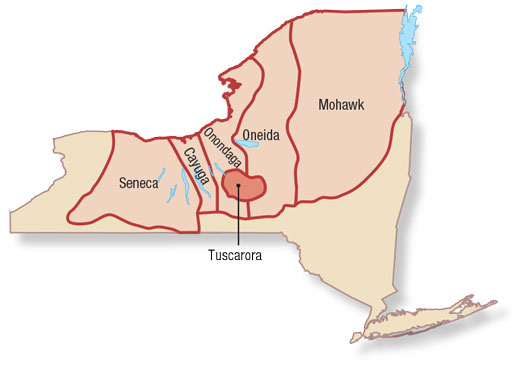 The Iroquois Trail was a real path, wide enough for one person, that stretched from one end of the league to the other. It was sometimes thought of as the center aisle of the Great Longhouse. A good runner, carrying messages among the leaders of the five nations, could travel 50 miles a day on it. The trail was also used by people traveling to visit relatives and by traders. Today, the New York State Thruway follows the same path. ▼ 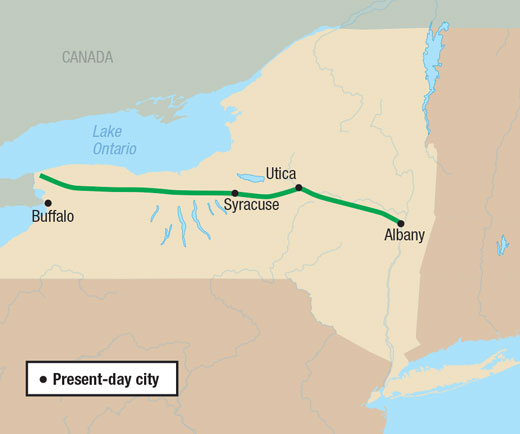 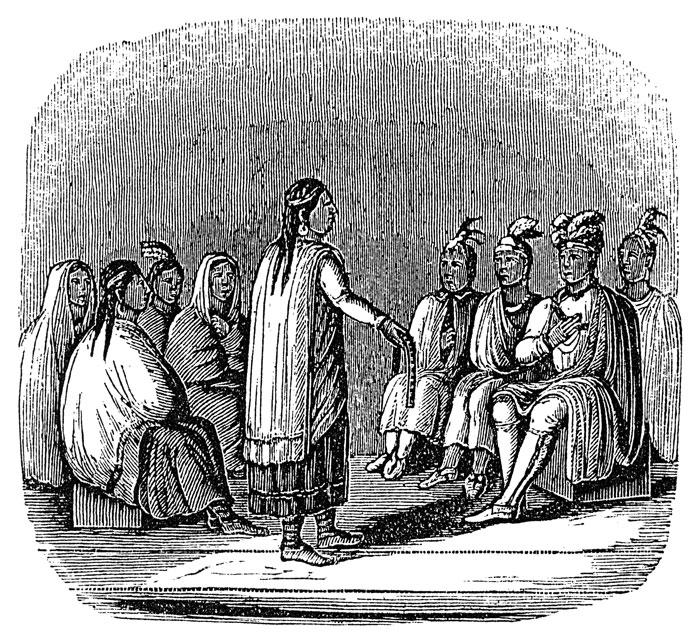 ▲ The ruling body of the Iroquois League, the Grand Council, was composed of representatives from each nation. It met yearly to debate issues of common concern. Because a woman named Jigonhsasee had helped Deganawida convince all five nations to join the league, he said women should appoint the chiefs to the Grand Council. The head woman of a clan consulted with other women in the clan. Then she chose the chief. If a chief didn’t do his job well, the clan mother could remove him.

▲ Each of the five member nations played a specific role in the Iroquois League. For example, the Onondaga, being centrally located, were the “fire keepers,” so the Grand Council met in Onondaga territory every year. The members debated all issues carefully. The Seneca and the Mohawk were the “Big Brothers,” and so they were the first to debate. Then it was the turn of the “Little Brothers,” the Cayuga and Oneida, to debate. If the two groups disagreed on an issue, the Onondaga cast the deciding vote.

Legends about Hiawatha are part of the Iroquois oral tradition. According to some legends, he was an Onondaga who was later adopted by the Mohawk. As a young man, he was violent and did much harm to others. One day, Hiawatha saw the peaceful face of Deganawida in a vision. He immediately regretted his violent ways and became a follower of Deganawida. Because he was a powerful speaker, Hiawatha was able to share Deganawida’s vision with other Iroquois nations. He convinced the Oneida, Cayuga, and Mohawk to join the league. One legend tells us that Hiawatha realized shell beads could be woven into belts to help people recall events and remember their agreements. In this sense, he could be called the inventor of wampum. The Hiawatha wampum belt commemorates the founding of the Iroquois League. The central image represents the Tree of Peace in Onondaga territory. The four squares represent the other members of the league. The lines between them show that they are all connected in peace.

In 1855, the poet Henry Wadsworth Longfellow wrote “The Song of Hiawatha.” Although Longfellow used the name Hiawatha, his poem has nothing to do with the Iroquois leader.