When and where did human language begin? Did it start with one language that spread and eventually became subdivided into many? Or did different languages develop separately in isolated places?

Because human language appeared so long ago, there will never be definitive answers to these questions. However, that probably will not stop people from proposing various theories about the beginnings of this ability that makes us uniquely human. Here are just a few.

◀ There are four main theories about how human language started. In the early twentieth century, linguist Otto Jespersen described them and added one of his own. 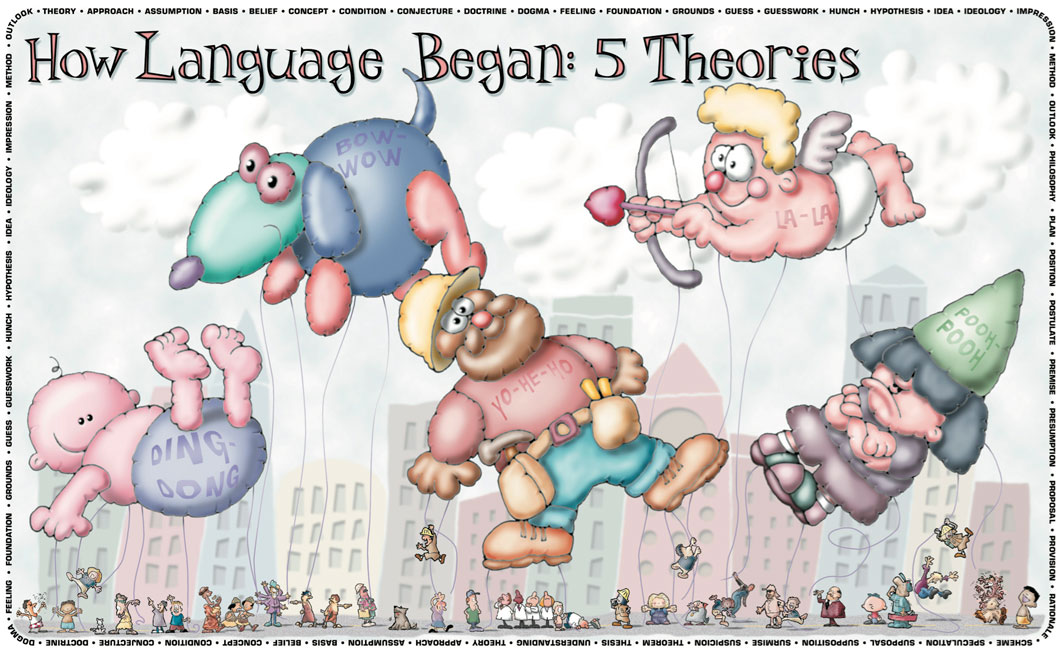 According to this theory, the first words came from people’s reactions to the environment. For example, “mama” reflects how babies’ lips move as they prepare to nurse.

This theory says that the first language came from people’s need to work together. First they made grunts, then they started chanting, and eventually they made words.

This theory says humans came up with speech to express emotions. They needed words to share feelings like joy, anger, and frustration.

Jespersen’s own theory suggests that language started out inspired by happy things. These may have included love, play, poetry, and song.

What do you think were the first sounds of human speech, and what’s your theory called? 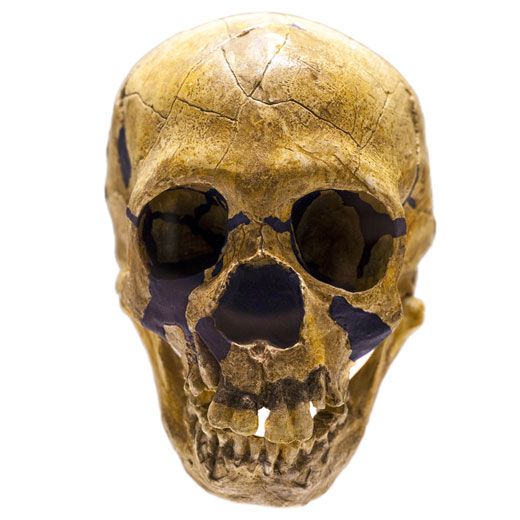 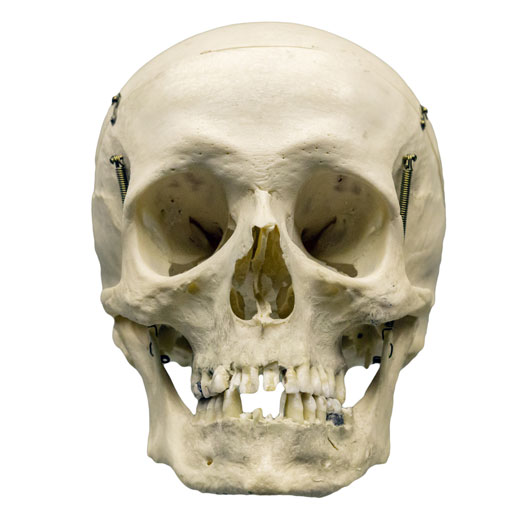 ▲ There is not much proof for any of the language theories. So, modern science has formed ideas about the origins of language. Researchers studied the parts of the body we use to we speak. They compared the skulls of Neanderthals, modern human babies, and modern human adults. Neanderthals were human ancestors who lived from about 70,000 to 35,000 B.C. Based on that, scientists say humans probably developed speech between 100,000 and 20,000 B.C. But evidence suggests that humans communicated in other forms, such as sign language, much earlier. That evidence includes cave drawings and the use of tools. 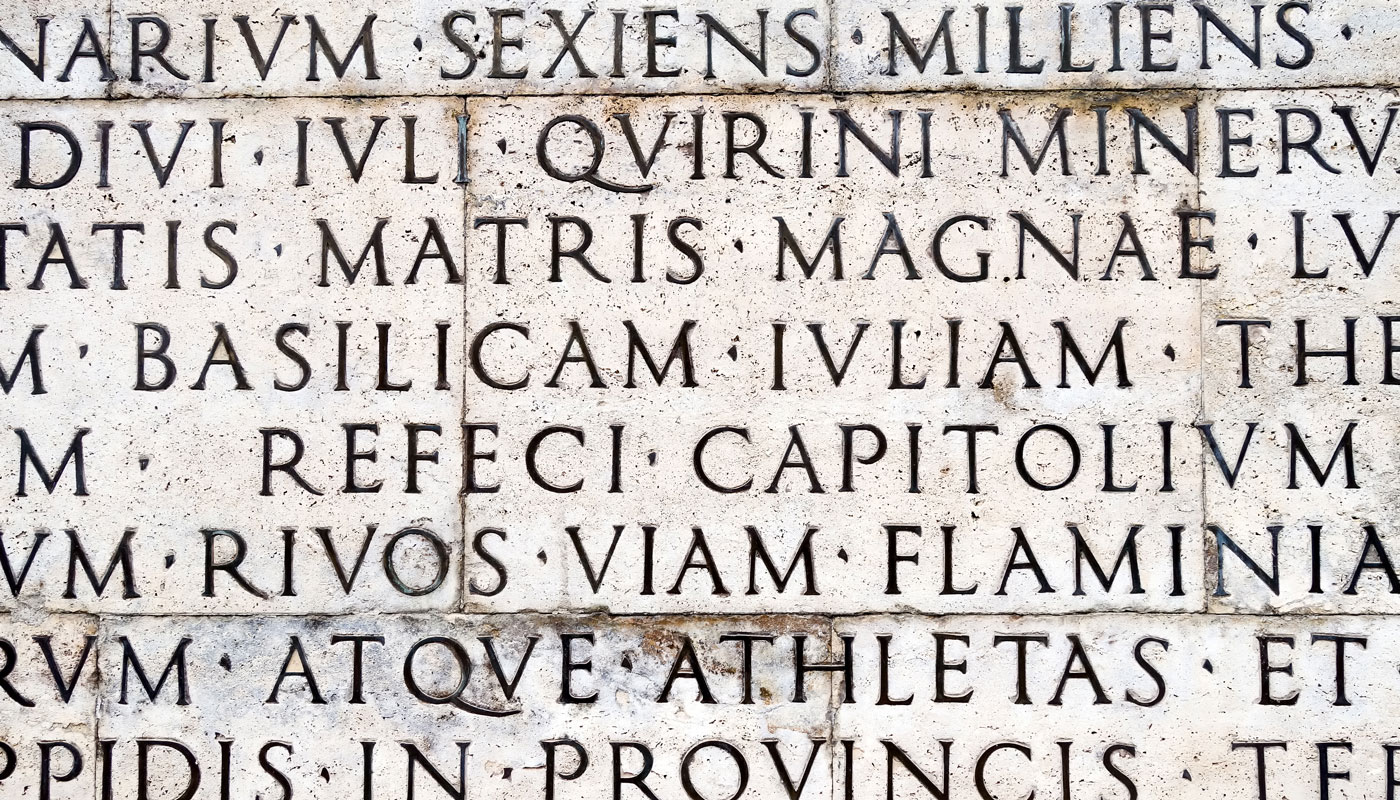 Throughout history, many languages have come and gone. No one speaks ancient Sumerian today. Not many people can translate Egyptian hieroglyphics. Of the thousand or so Native American languages used in 1492, many died with the last members of the tribes that spoke them. One so-called dead language, however, is very much alive. Latin, the language of the ancient Romans, lives on in the Romance languages: Italian, Spanish, French, Portuguese, and Romanian. These all started out as local dialects of Latin. A dialect is a version of a language that all the main language’s speakers can understand. Latin has also given English thousands of expressions, roots, prefixes, and suffixes. This “dead” language is the official language of the Vatican. It’s also the language of the law (habeas corpus) and scientific naming (homo sapiens).

Next topic in Language

Latin is considered a "dead language" because _____.